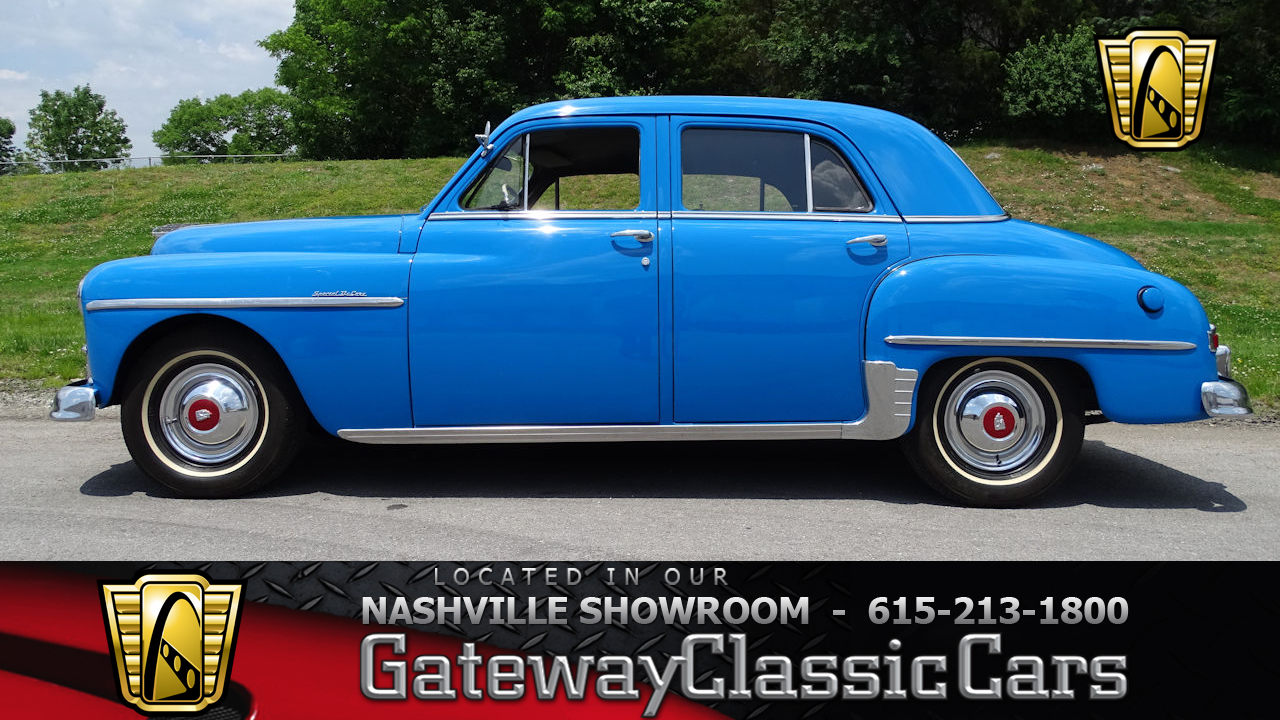 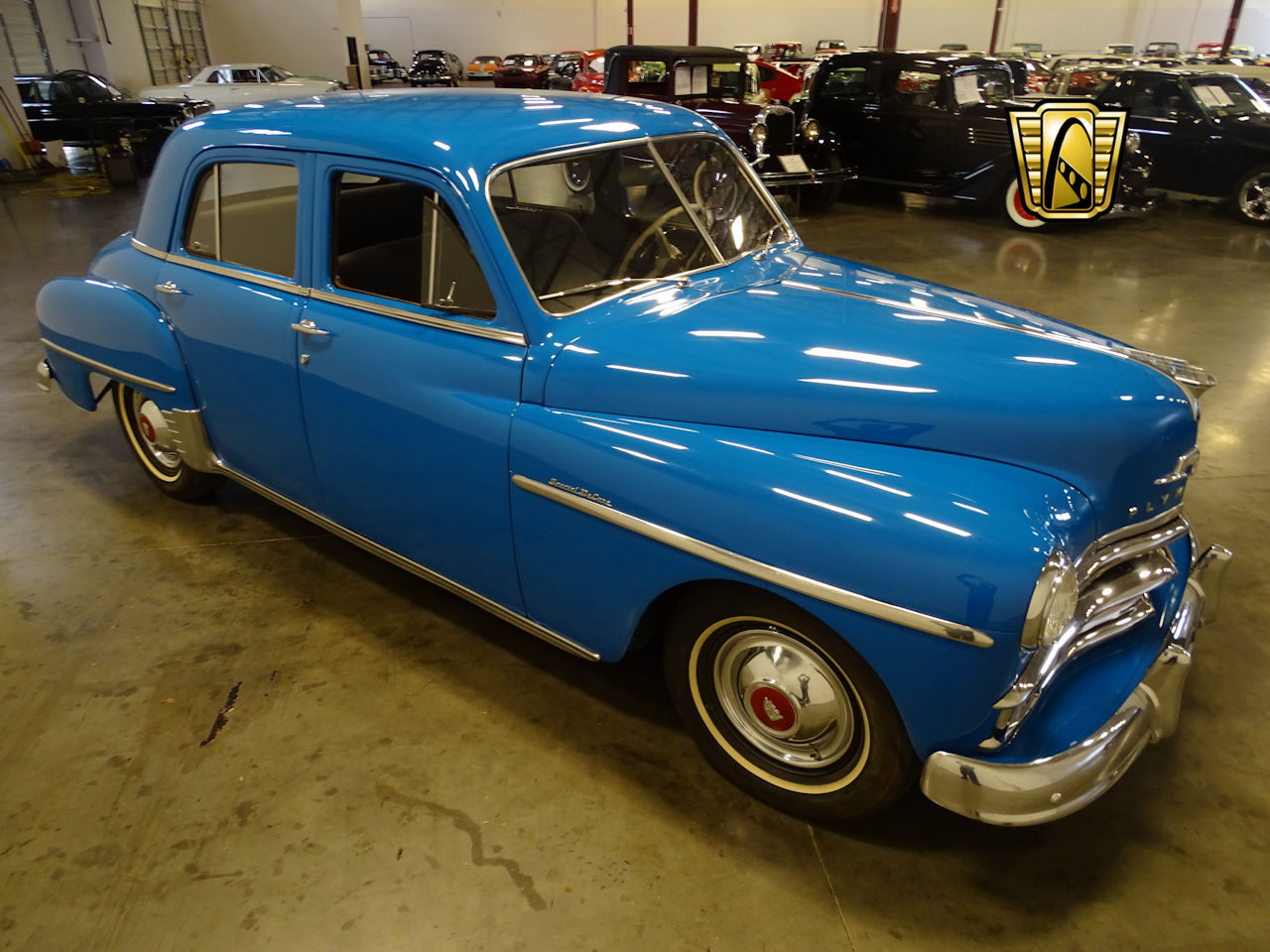 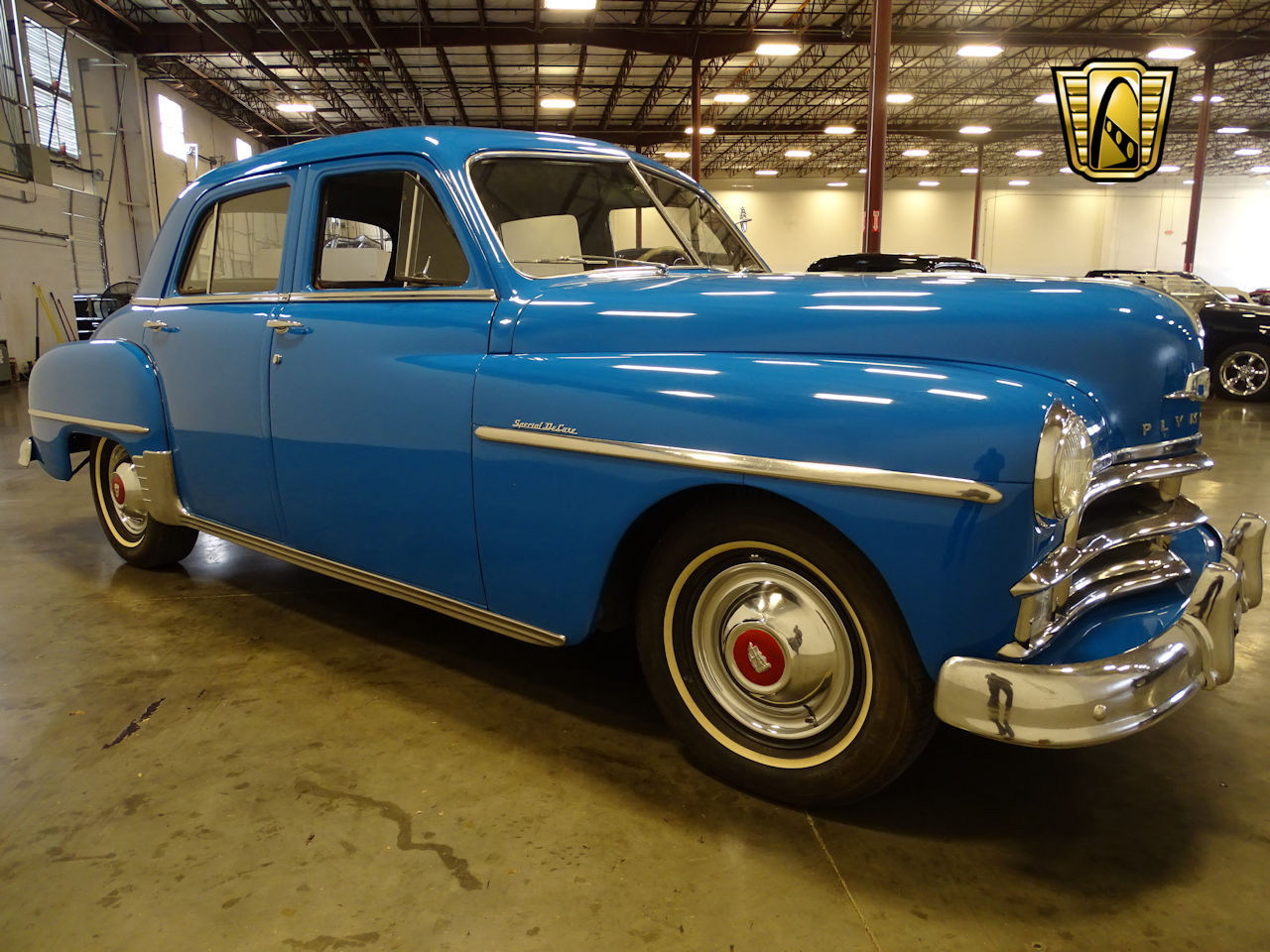 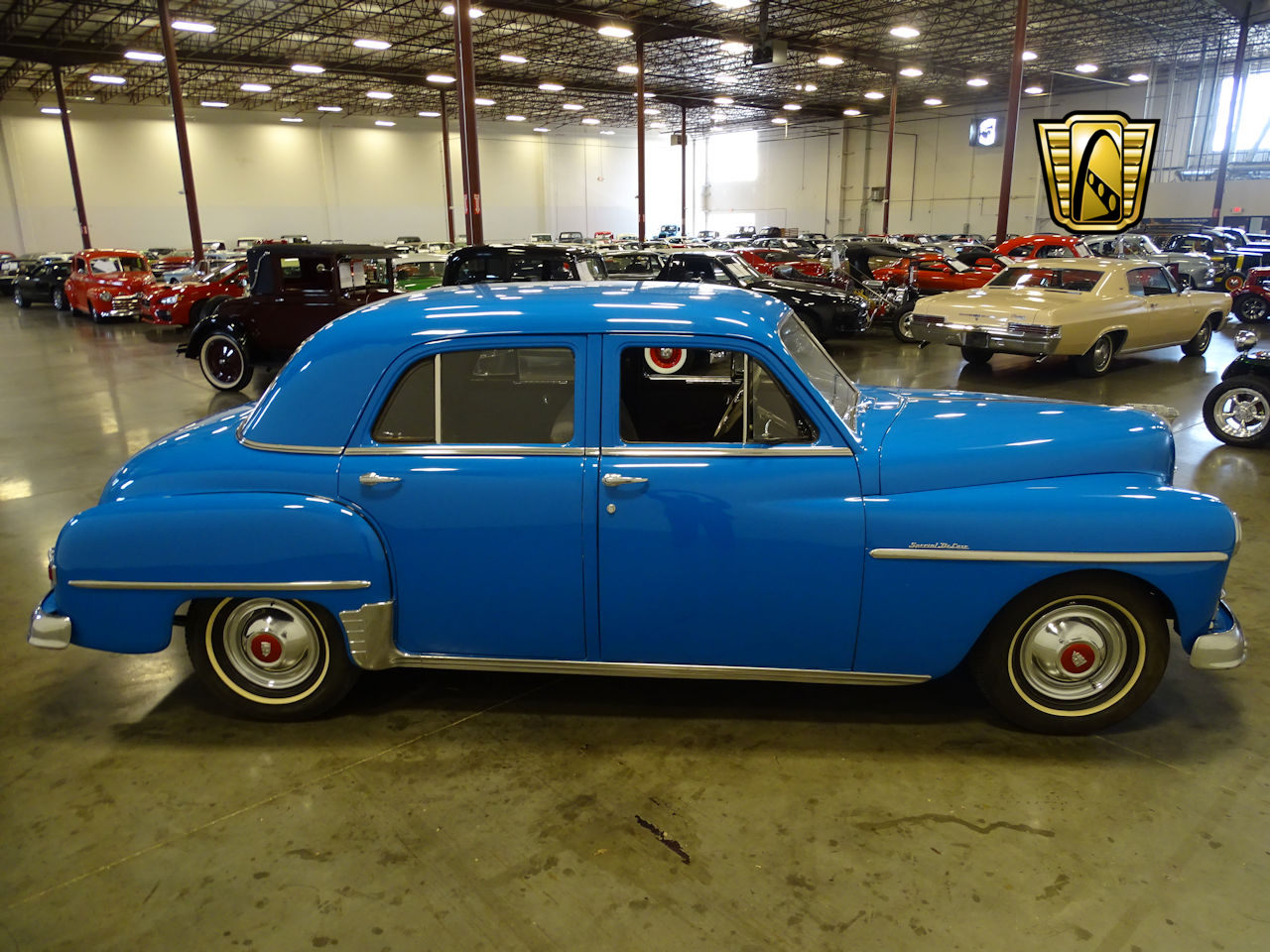 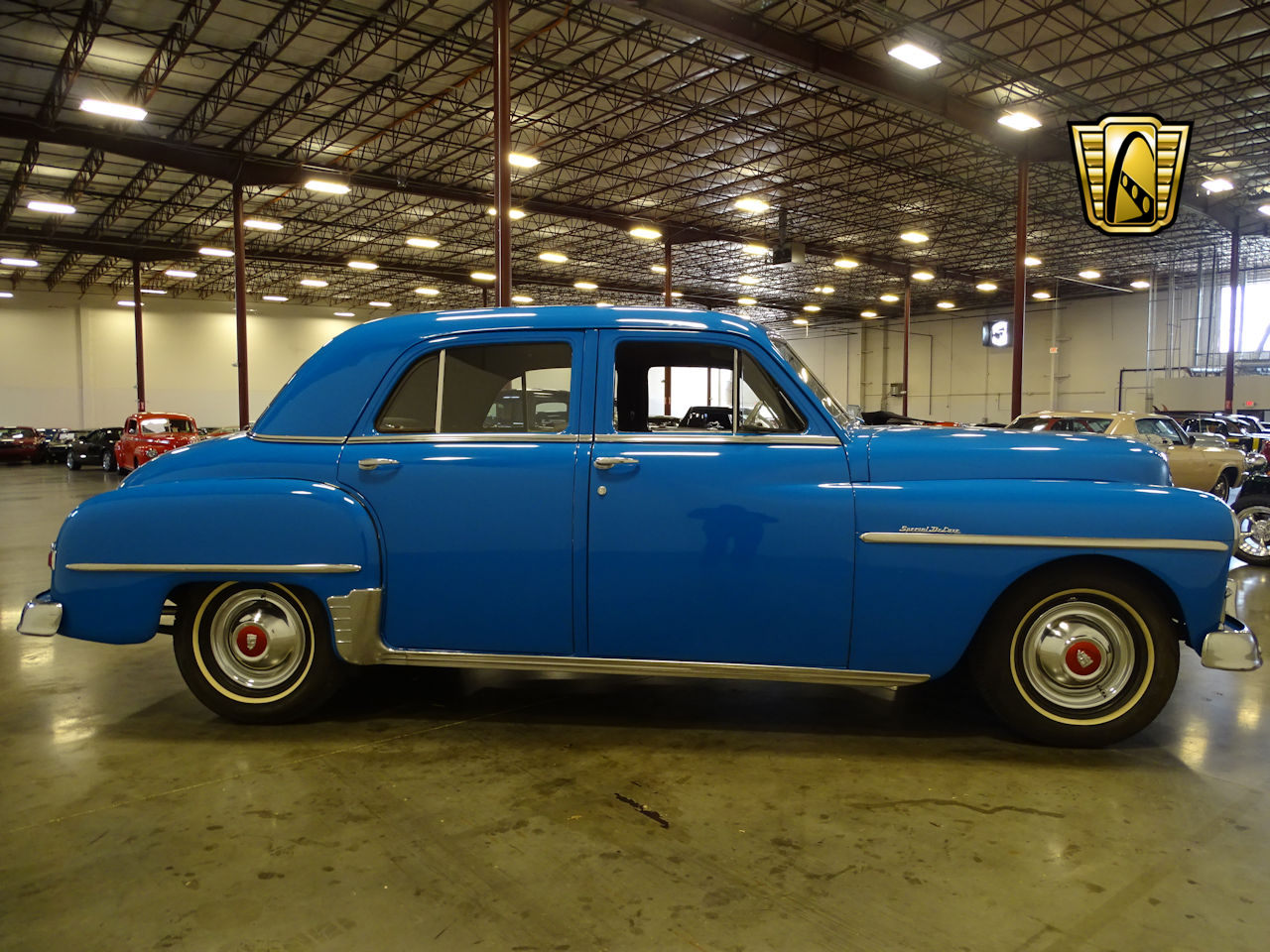 Our Nashville showroom digitally showcases this stunning well built 1950 Plymouth Special Deluxe! The Plymouth Deluxe was a full-sized automobile, produced by Plymouth from 1946-1950. It came in two trim levels, the Deluxe and the top-of-the-line Special Deluxe. As the war in Europe wound down, the U.S. government slowly began allowing the automobile industry to return to the car-making business. It had been four years since any new cars had been built, and those cars still on the road were beginning to show their age. Plymouths new models for 1946 were once again offered in two series, the P15S Deluxe and P15C Special Deluxe. Deluxe body styles included a four-door sedan, two-door sedan, club coupe, and business coupe. Waiting lists were common at dealerships. Those wanting a new car placed their name, and often a cash deposit, with the dealer. Customers hoped that as new cars became available. The first post-war Plymouth, a P15S Deluxe, came off the line October 22, 1945. Special Deluxes would follow four days later. Bodies for the P15 Plymouths were virtually unchanged from 1942, with only minor trim differences. Engineering magic greets you right from the start. You dont grope for a starter button or pedal. You dont pull on a choke. You simply turn the ignition key- and the engine starts. Plymouth literature claimed fifty improvements over the prewar cars; many were of little significance but were changes nonetheless. Mechanically there were few changes. The 217 ci engine stayed the same and was still rated at 95 hp, attained at 3600 rpm instead of 3400 rpm. An economy engine package using a smaller intake manifold and carburetor with 1 inch bore returned to the option list. Aluminum pistons replaced the cast iron ones that had been mandated during the war. Like many vendors, Carter couldnt supply enough of their model D6G 1 carburetors to meet Plymouths production demands; Stromberg, which normally supplied Ford, provided its model 3-84 carburetor. Replacing the disposable oil filter was a new cleanable canister that contained a replacement cartridge. This is what we call a great survivor, repainted and ready for the road. Call us with any questions at 615-213-1800 or send us an email at nashville@gatewayclassiccars.com http://www.gatewayclassiccars.com/NSH/790/1950-Plymouth-Special-Deluxe