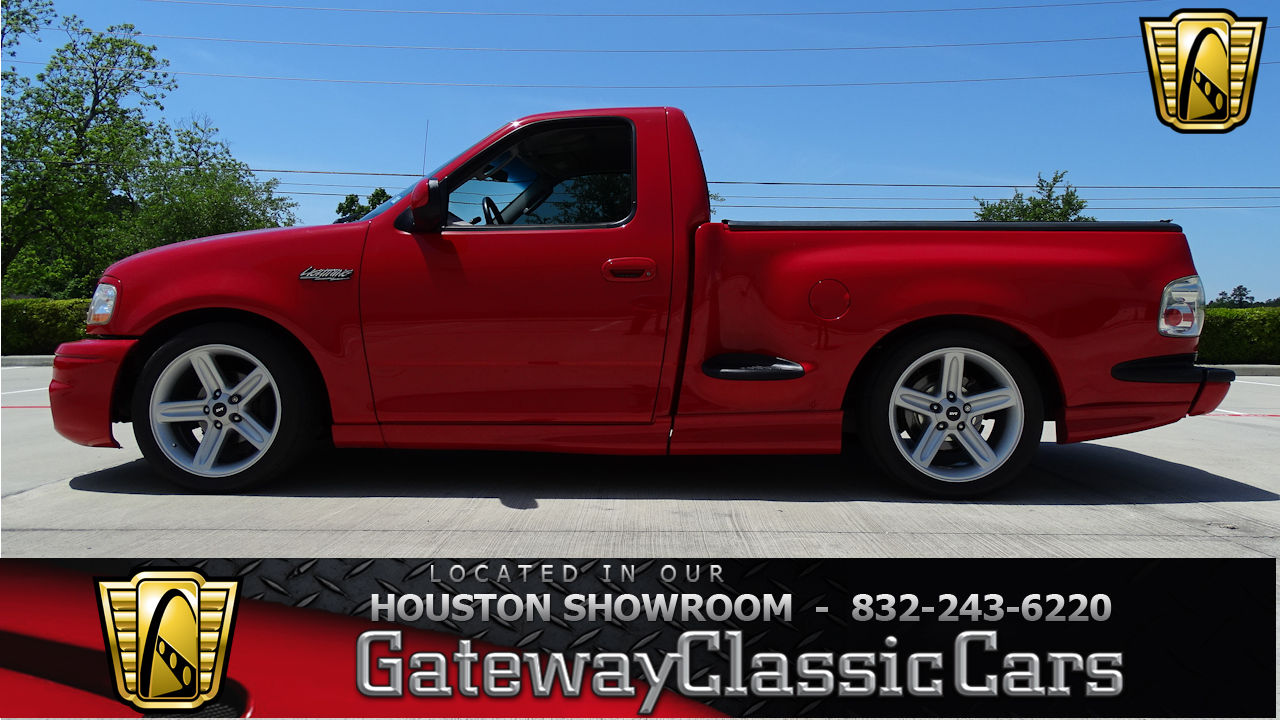 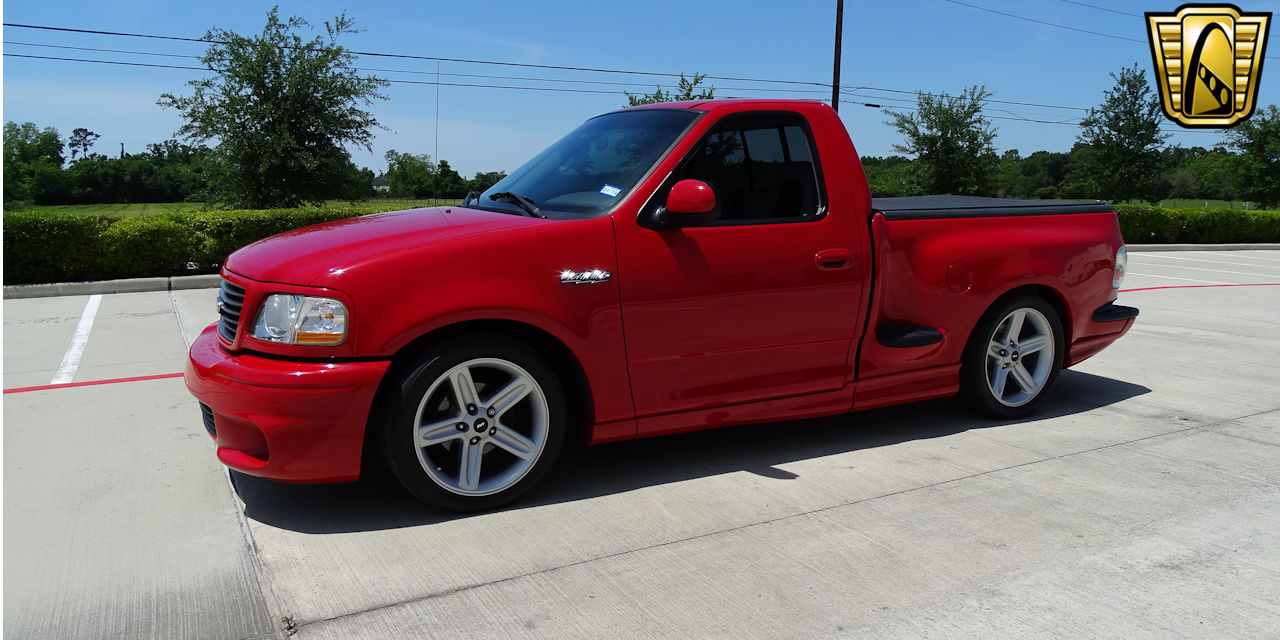 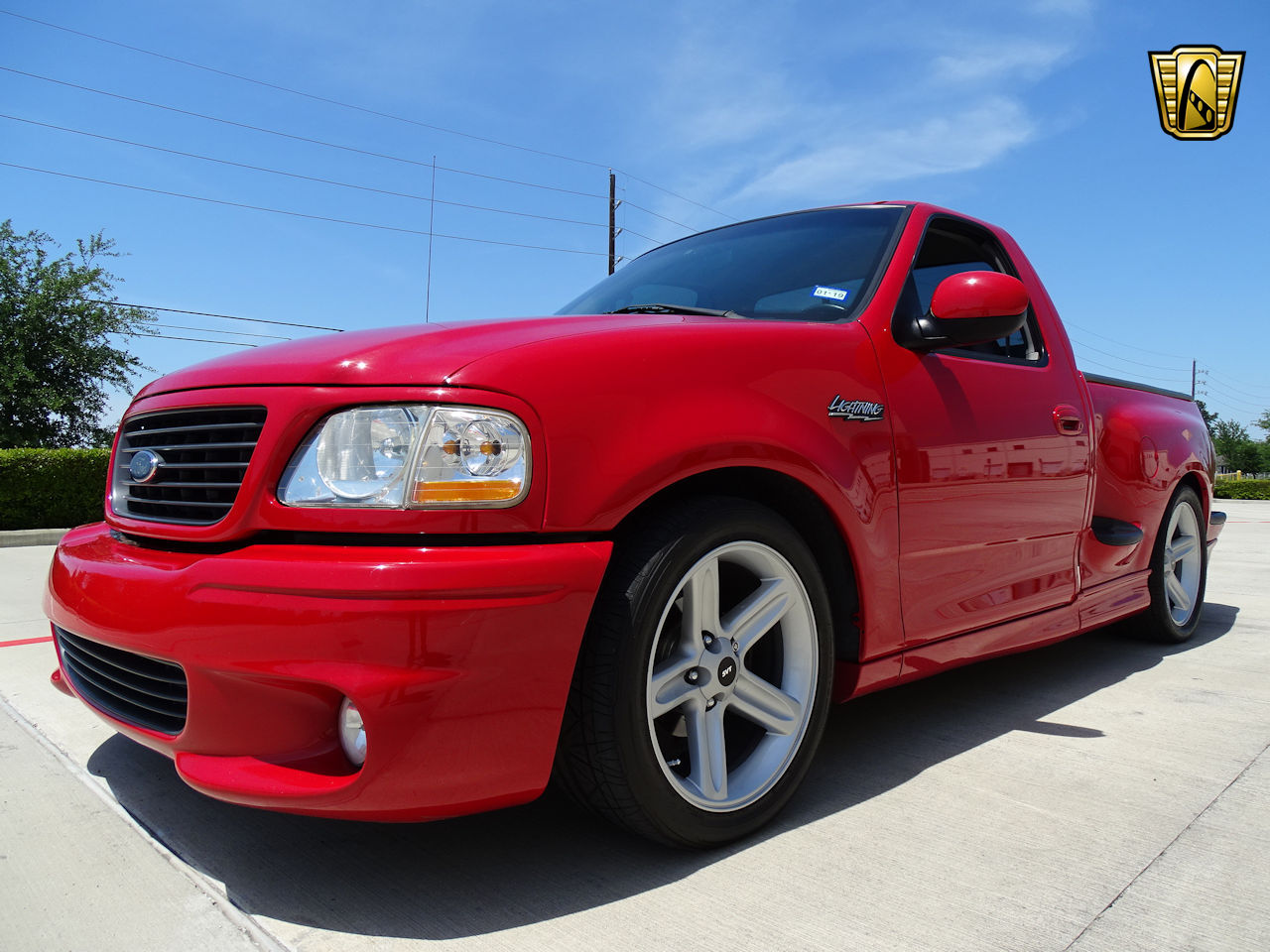 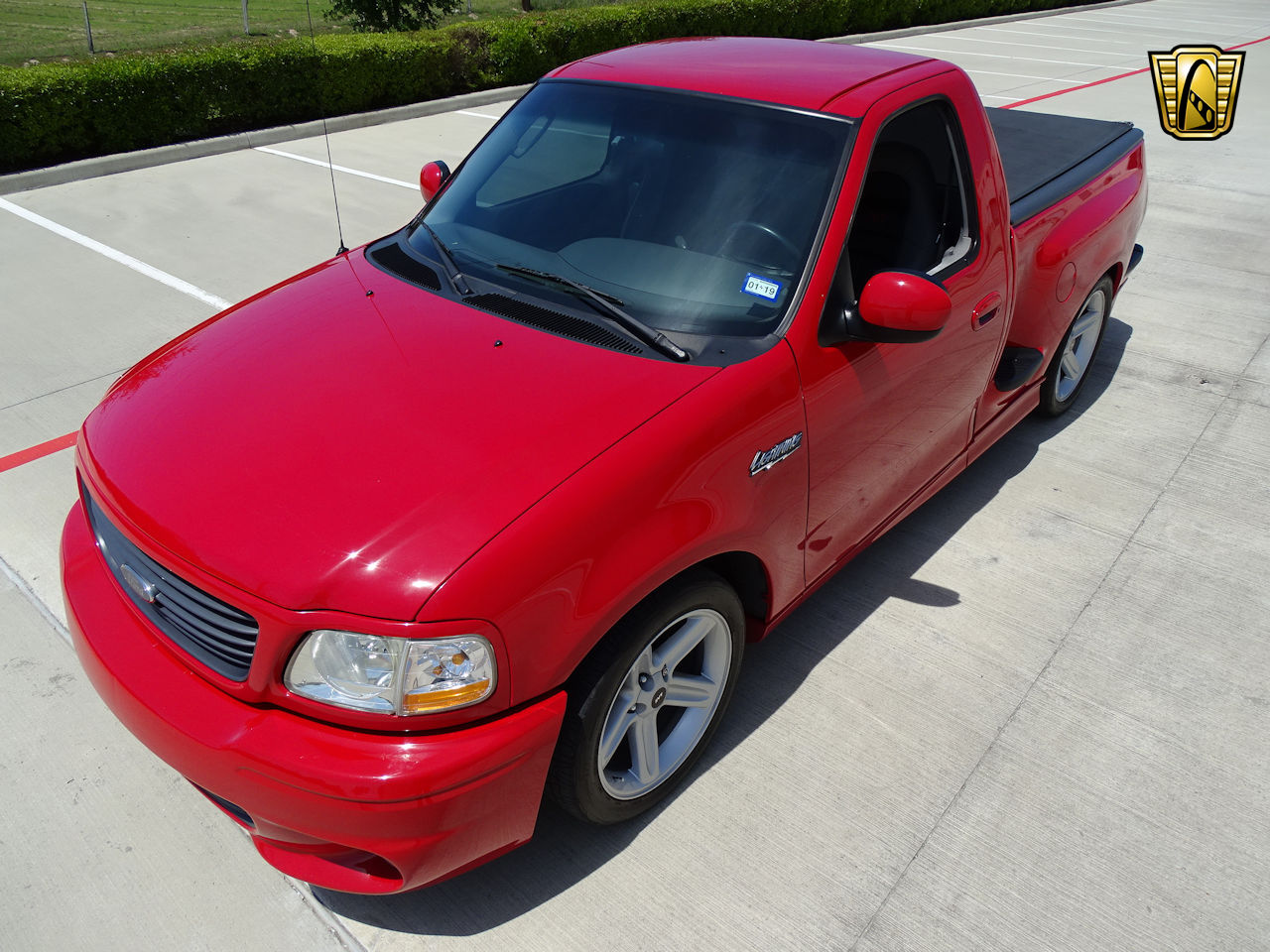 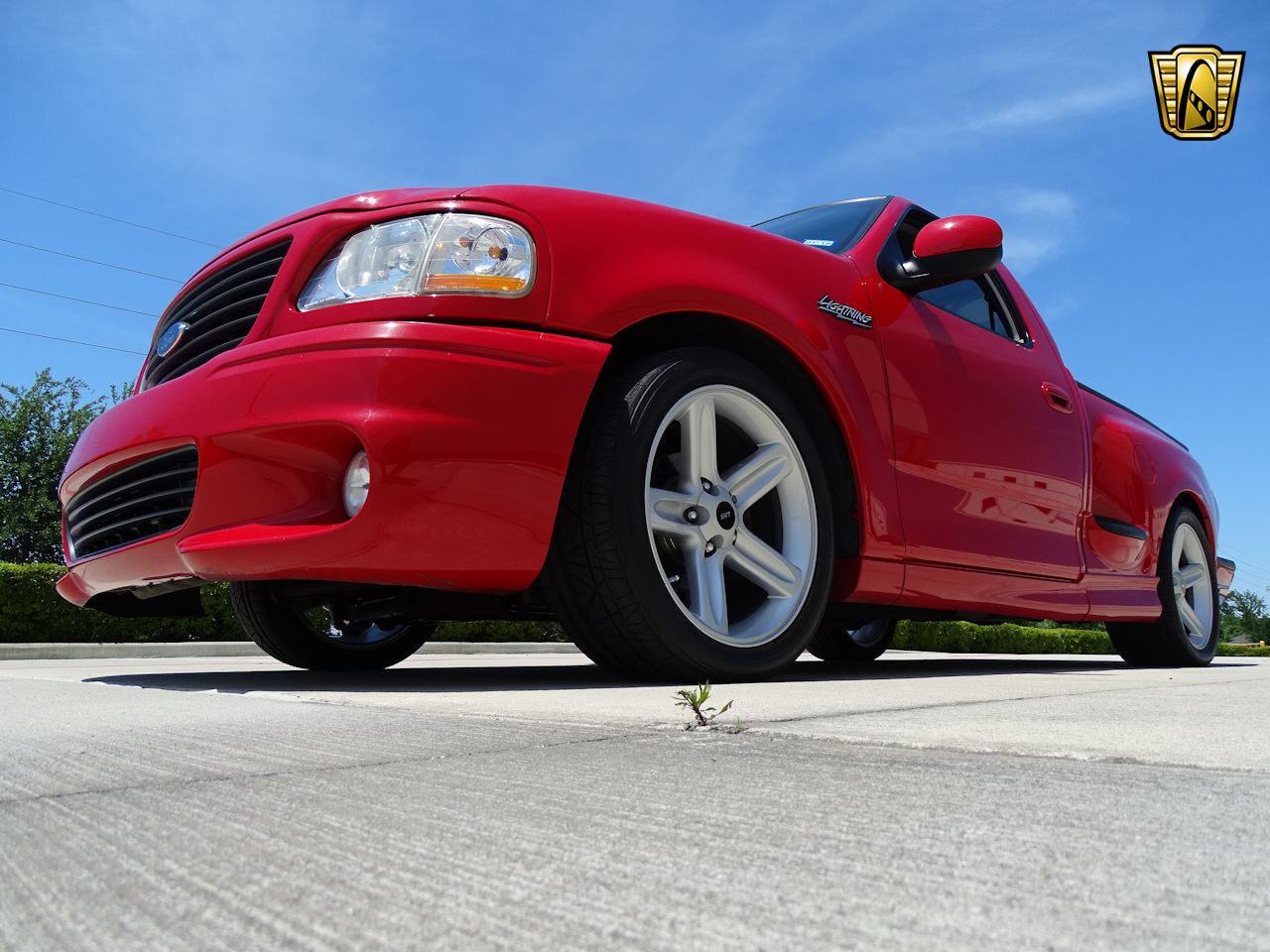 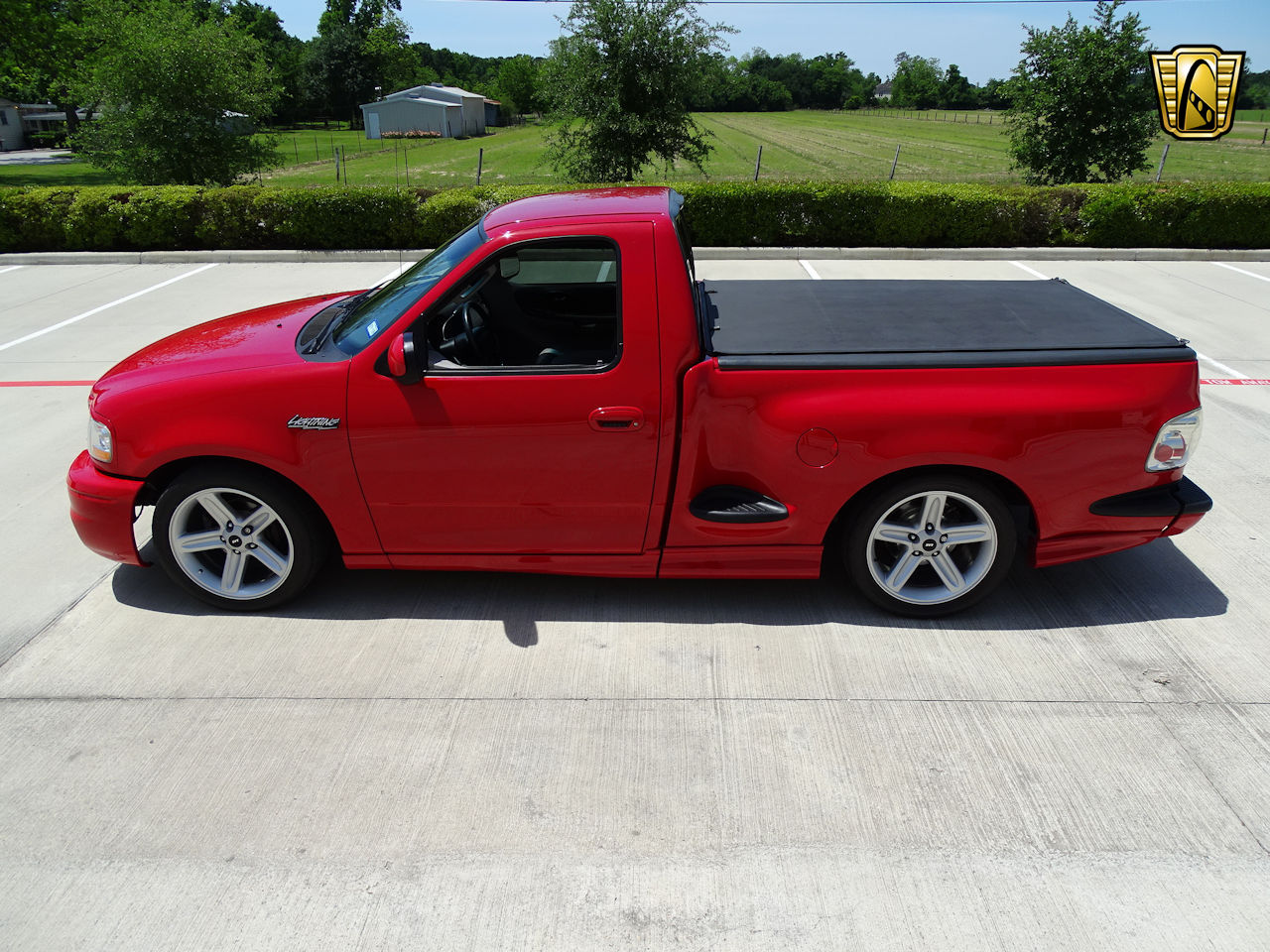 Now for sale in our Houston Showroom is this sporty 2002 Ford F150 Lightning. The Lightning was originally devised by Fords Special Vehicle Team in 1993 as a modified regular cab short bed 2WD F150. Those were built for three model years and then the Lightning program was quiet, until Ford debuted these second gen trucks in 1999. This Lightning is powered by a 5.4L modular V8 with a supercharger. The engine is paired to the 4-speed automatic transmission and the heavy-duty 8.8 rear axle and 3.73 gears. This F150 is a beautiful red and is still the original paint applied at Ford over 15 years ago. The truck has a lower stance with the BelTech lowering Kit, new control arms, shocks, power slot rotors and stainless steel braided brake lines. The interior is black and gray, as was the case with every Lightning. It features an aftermarket 7” Pioneer touch display radio with a rear-view camera. This sharp little F150 Lightning looks almost new and sounds very tame at idle, but when you get on the throttle, it instantly roars to life and takes you n a quick ride. This beautiful 2002 Ford F150 Lightning for sale in our facility right now is ready to go; it needs nothing. Experience an amazing performance vehicle with a six-foot box. For even more information on this 2002 Ford F150 Lightning located in our Houston showroom come by and see us or contact the showroom at (832)243-6220 or email the showroom at Houston@GatewayClassicCars.com