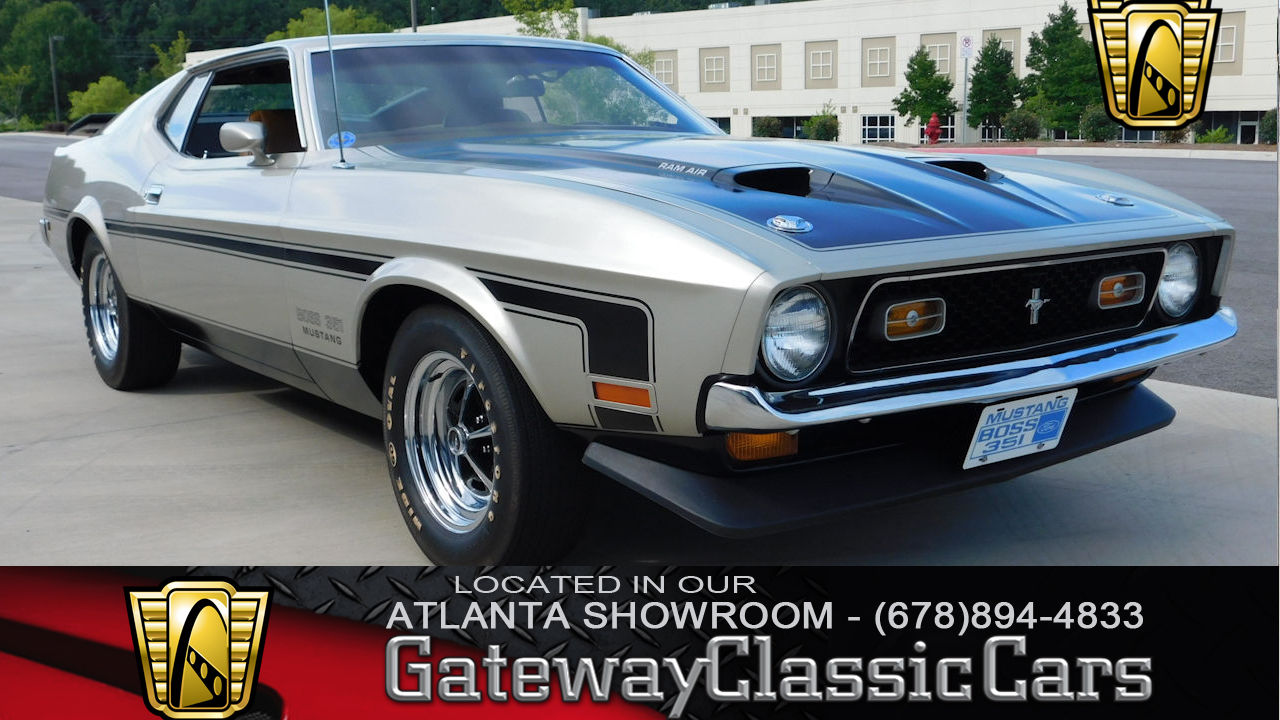 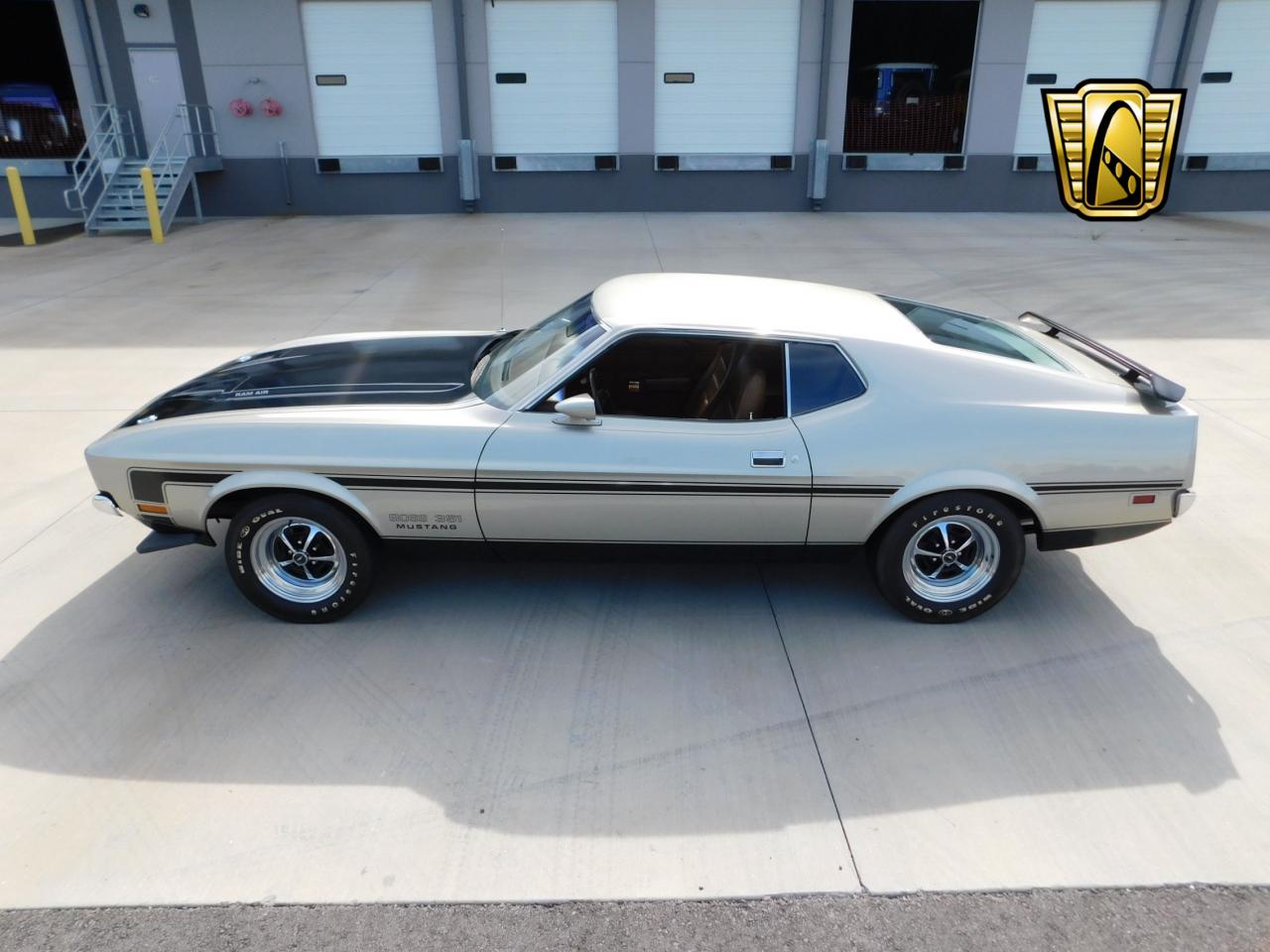 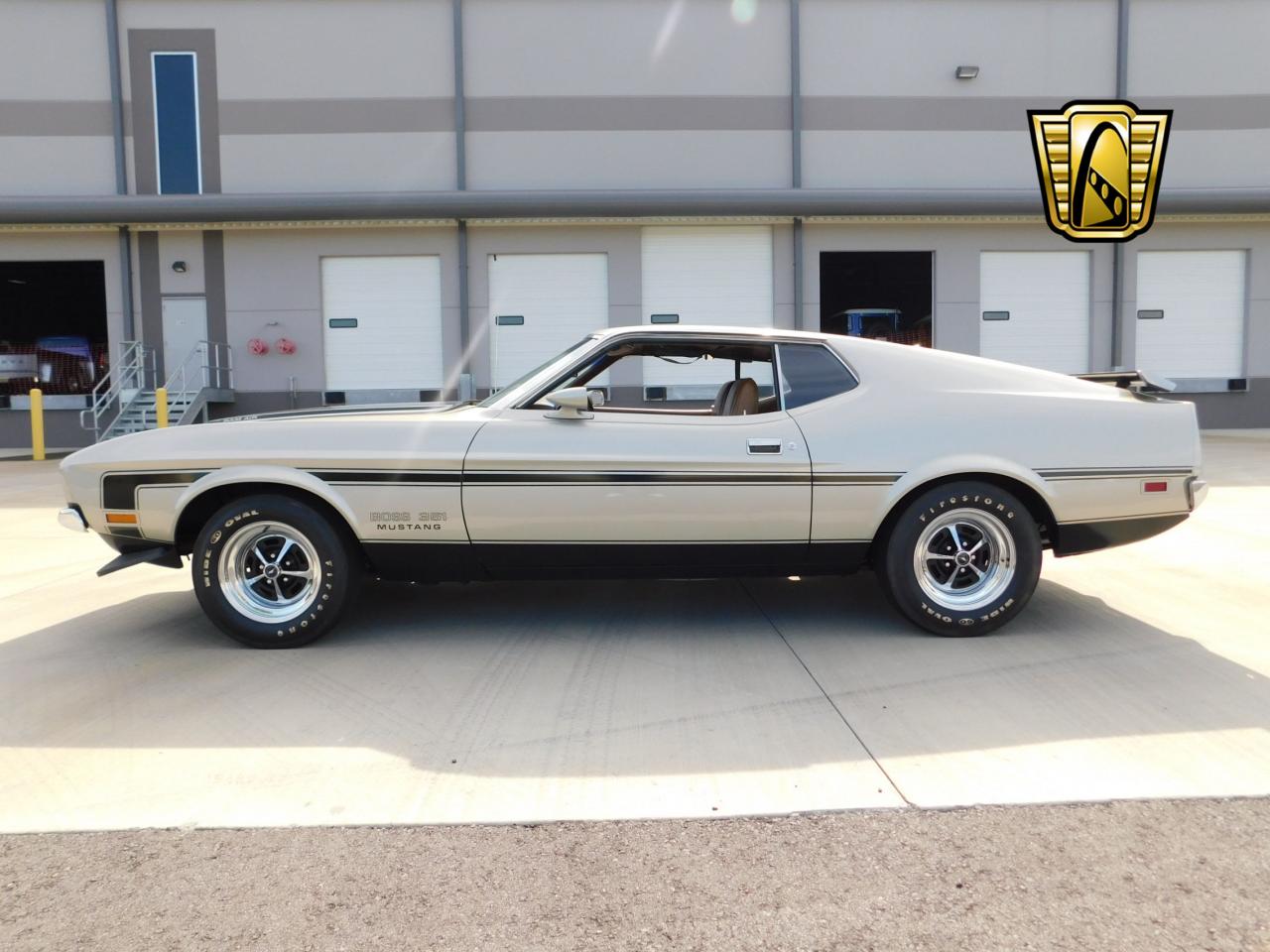 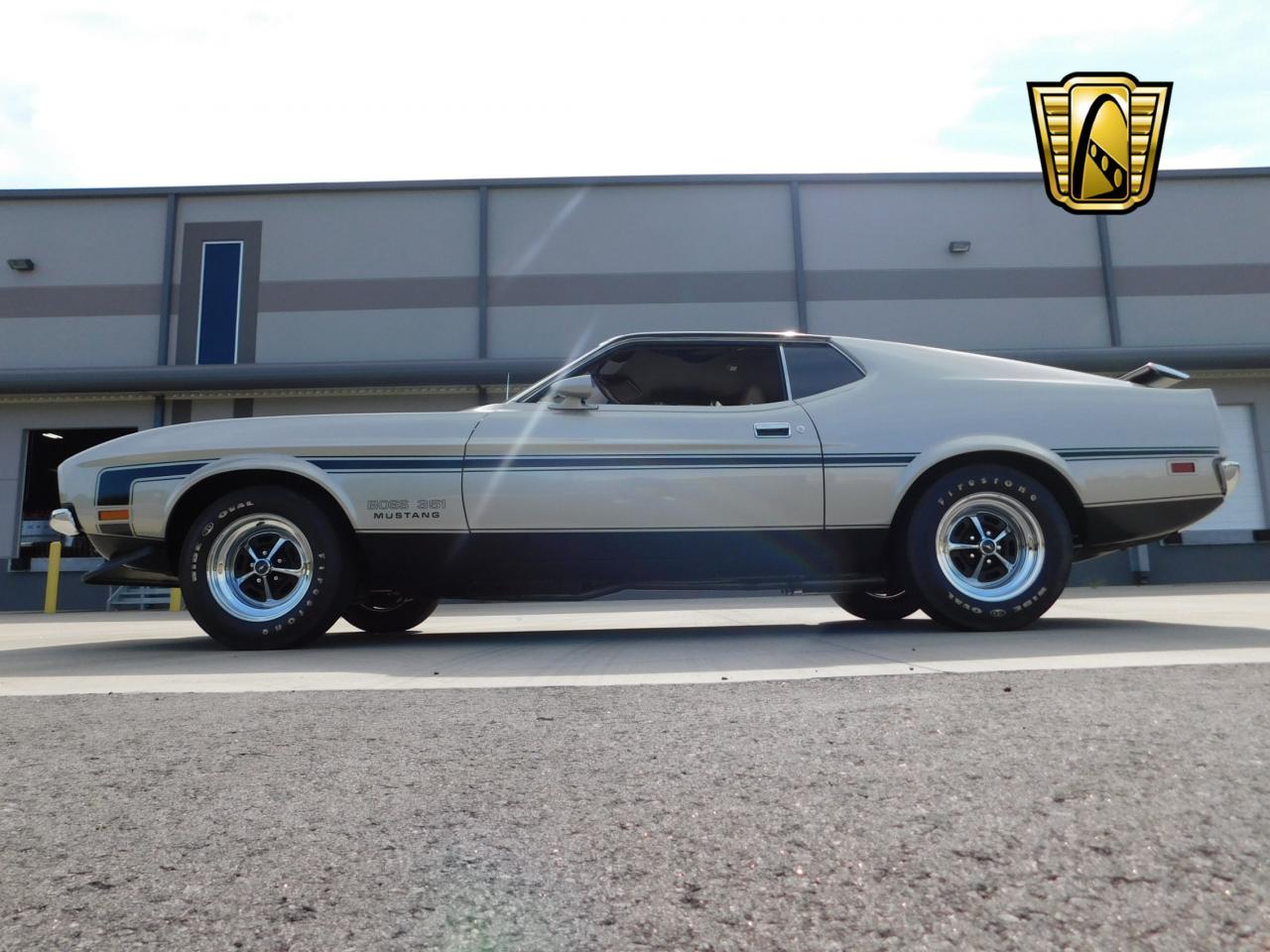 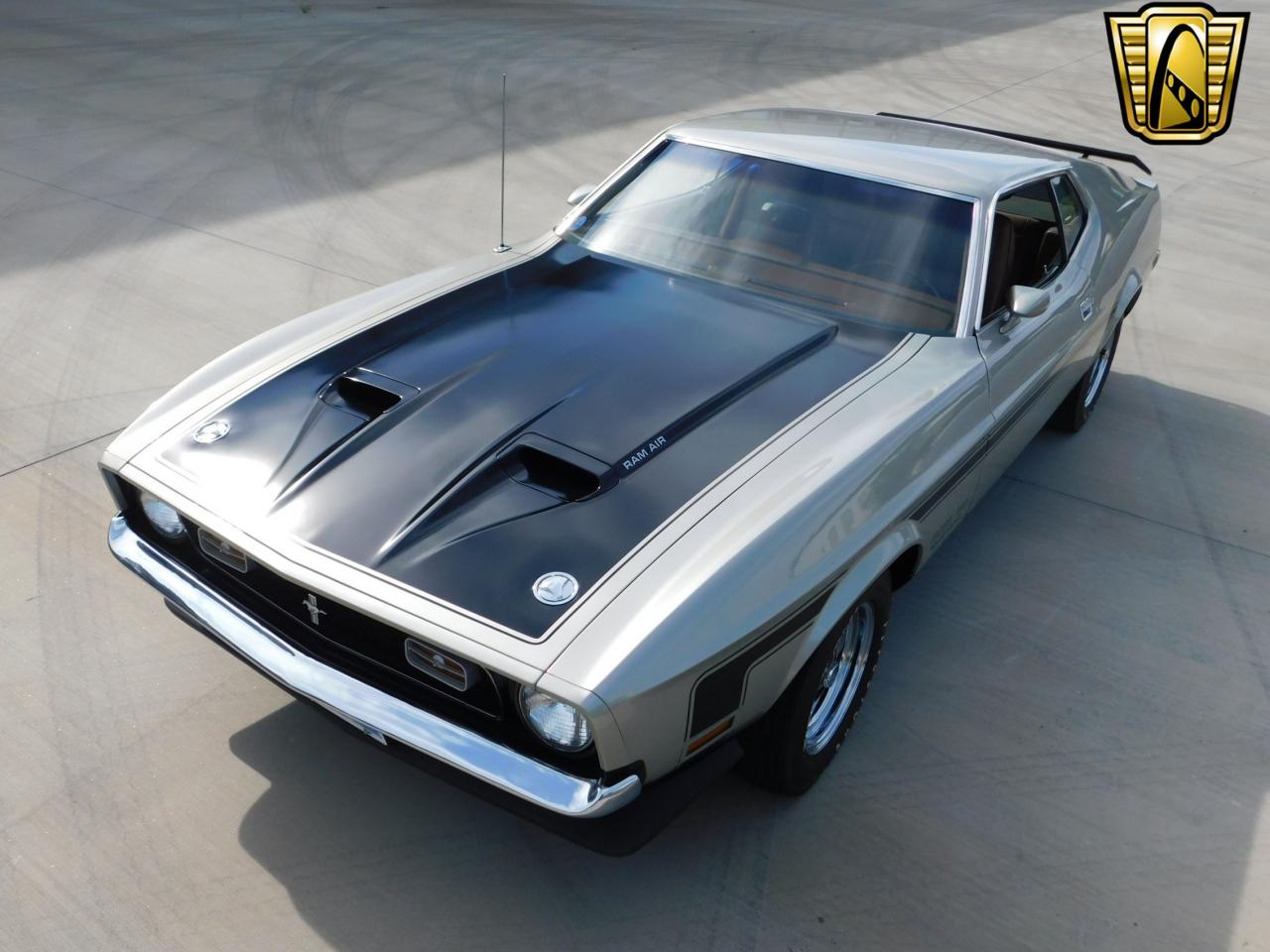 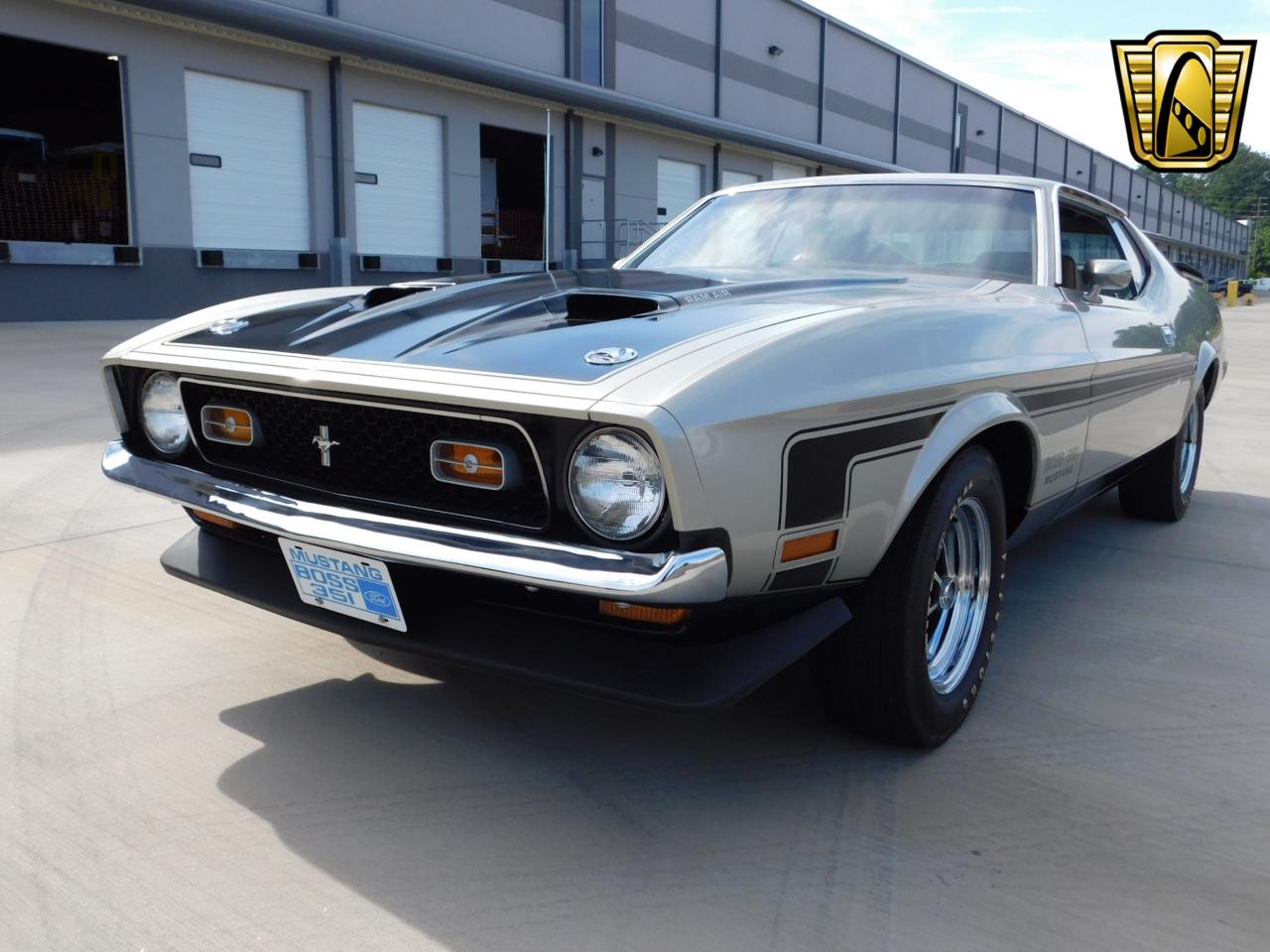 We offer this 1971 Ford Mustang Boss 351 for sale in our Atlanta Showroom. If you want to stand on the top of the pile, then a Boss 351 sits at highest point for the blue oval. How could a 351ci V-8 of 1971 grab bragging rights over the likes of 428 Cobra Jets and Boss 429s of the â€™68-â€™70 muscle car era? In the pantheon of early Ford Mustangs, muscle car cognoscenti place the â€™71 Boss 351 at the pinnacle for e.t.â€™s through the quarter-mile. The various â€œFifty Fastestâ€ muscle car lists. Most lists placed the Boss 351 at the top of the e.t. ladder of any first-generation Mustang. The consensus of opinion is the Boss 351 was superior to all other first-generation Mustangs in the quarter-mile. What made a Boss 351 so powerful compared to bigger-cube V-8s in the Ford arsenal? â€œThe torque of a big-block with the revving ability of a Boss 302.â€ Another plus for the Boss 351 was the absence of a power-robbing Thermactor smog system. Those Cobra Jet 428s and Boss 429s, not to mention the smaller-cubed Boss 302s (not even close to a Boss 351 in the quarter-mile), each came with a Thermactor smog pump and hoses. And then thereâ€™s the carburetion. The Boss 351 ran an Autolite with a spread bore configuration, while Boss 429s and Cobra Jet 428s utilized Holley four-barrel carburetors. Also, the 735-cfm Holley used on the Boss 429 wasnâ€™t the best-flowing carburetor for the quarter-mile, as the engine was designed and tuned for NASCAR racing. The much smaller Boss 302 came with a 780-cfm Holley, great for high rpm on a road racing course but not for street driving or drag racing. The Autolite brand did not inspire much awe in the old days. But those carburetors did work great. And in the restoration era, the Autolite has become a valuable treasure..In a manner of speaking, the Boss 351 is, â€œThe best of everything.â€ This Boss 351 just looks so much like a muscle car. Options include: Bias Ply Tires, Power Brakes, Power Steering, AM/FM radio. Rally Wheels, Vinyl interior, Tilt Wheel, and seat belts. To view the vehicle in greater detail, including 100+ HD photos and HD video, please visit www.gatewayclassiccars.com. For more information please call the Atlanta showroom at 678-894-4833 or e-mail us at Atlanta@GatewayClassicCars.com See more at: http://www.gatewayclassiccars.com/ATL/455/1971-Ford-Mustang-Boss-351