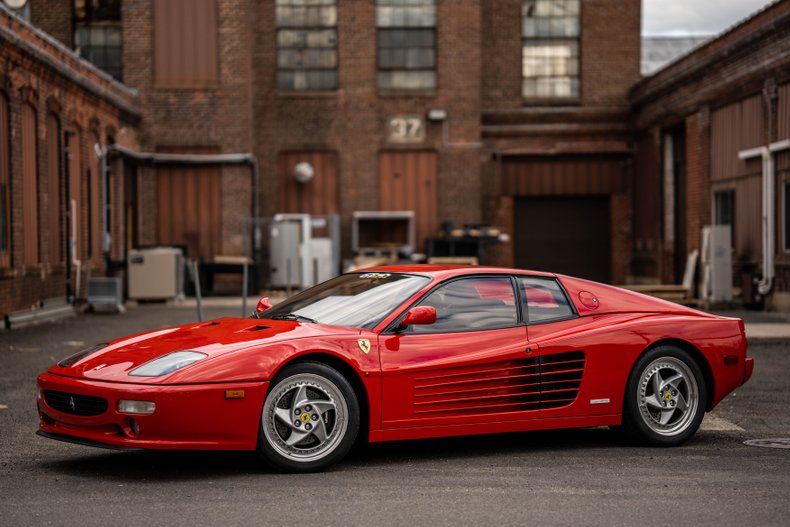 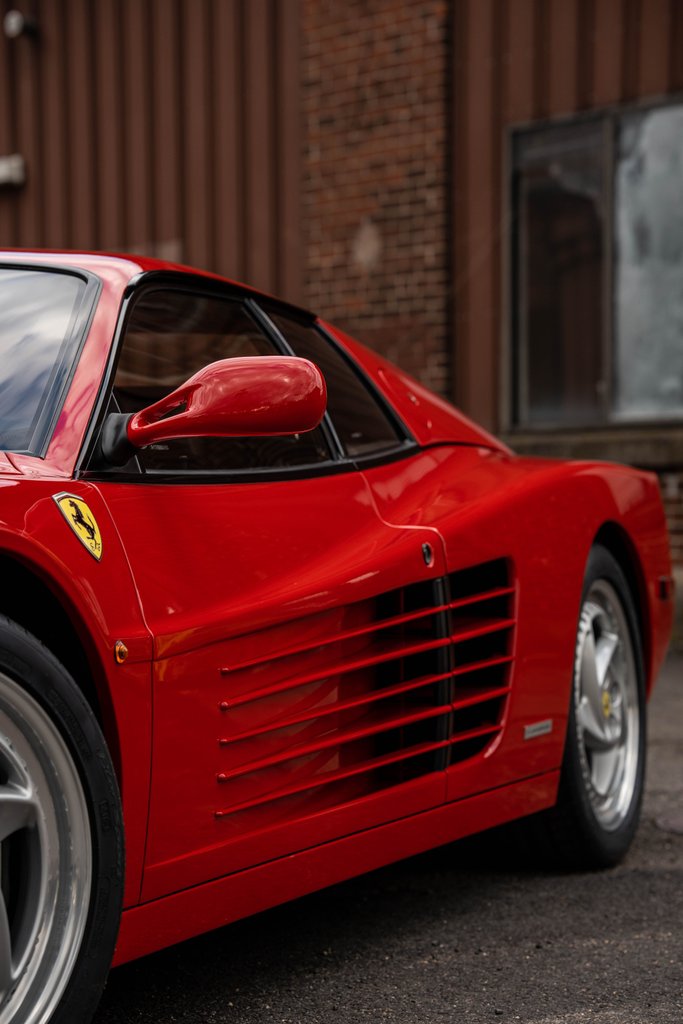 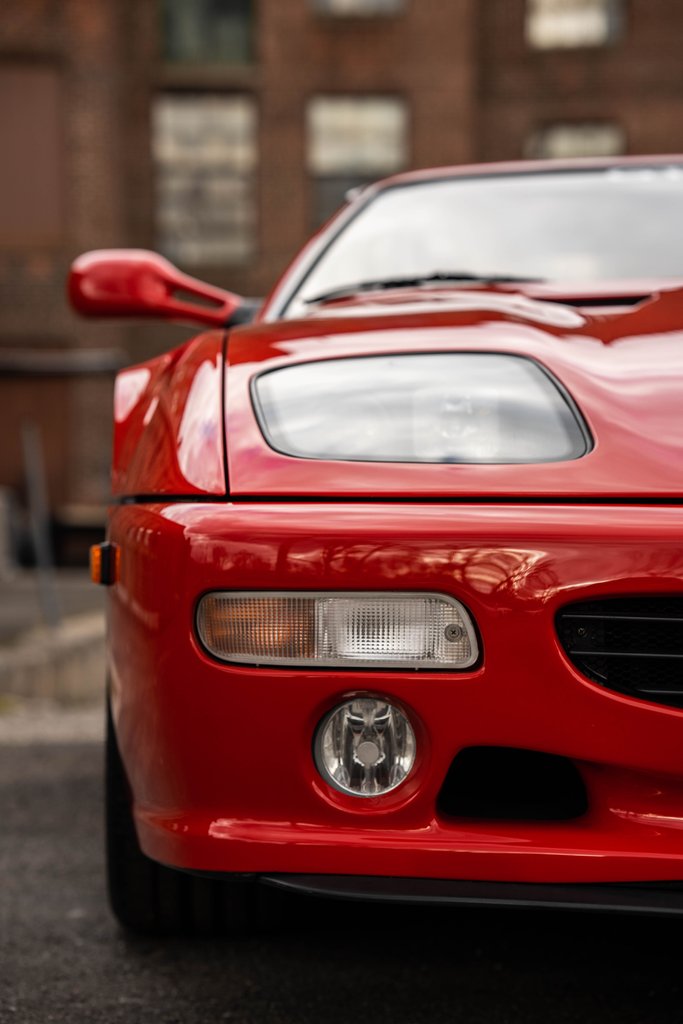 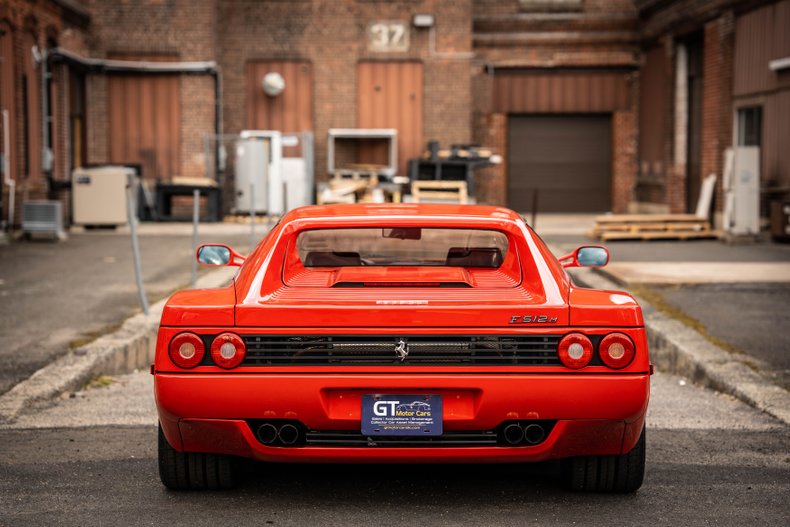 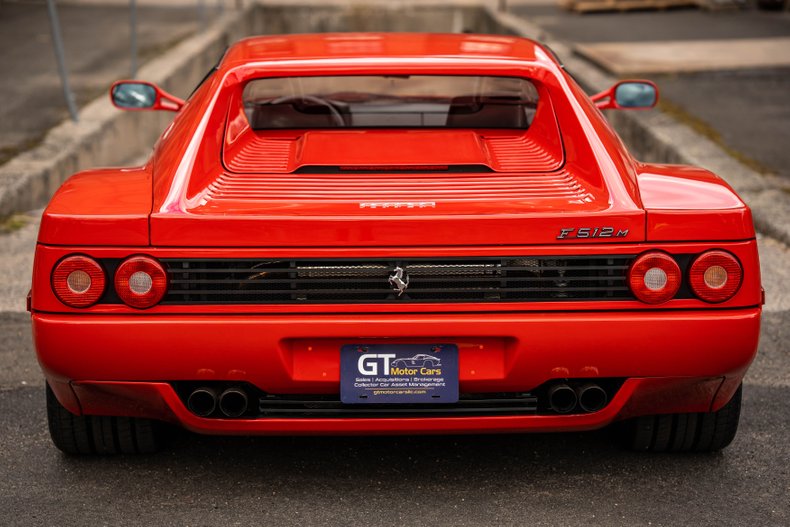 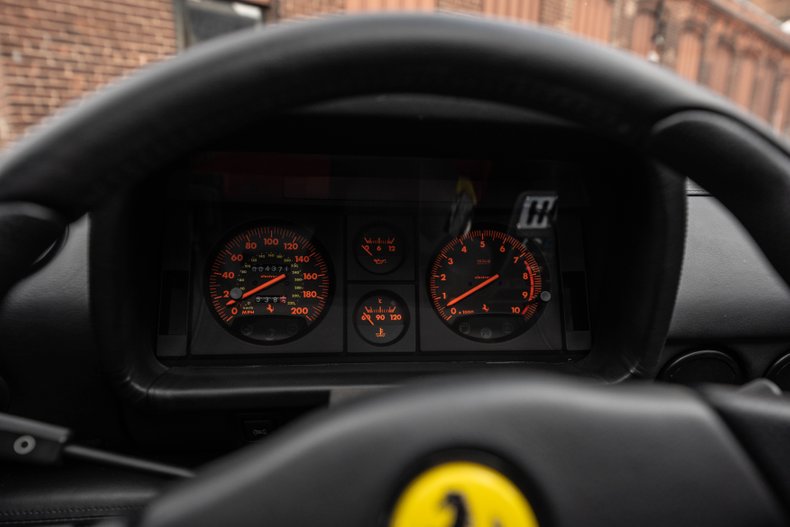 The 512M (Modificata) was the final send-off for the final version of the Ferrari Testarossa. The Testarossa was born in 1984 and ran through 1996. This car is one of the most recognizable cars from the 80's and 90's partly due to the famous Miami Vice television show. They produced 501 examples of the 512M.

The Testarossa went through 3 basic variants: The Testarossa, the 512TR and the 512M. The last version that we have here is the “M” version. The “M” was the most refined version of the Testarossa's. It had enough changes to make it a clean refined gentleman's car.

Powered by a Flat Plane Crank 12 cylinder producing 370lb-ft of torque and 434hp at 6,750rpm. The engine has a 4 valves per cylinder and an upgraded lightened rotating assembly with Titanium Connecting Rods and a new crankshaft. All of this moves the 512M from 0-62mph in 4.7 seconds with a top speed of 196mph.

The exterior was cleaned up, gone were the “pop-up” headlights, clear fixed headlights were now installed. Naca intake ducts on the hood were installed, the bumpers were cleaned up, with a smaller grill, taillights were now exposed rounded lamps instead of behind the horizontal bars. The wheels were now modular wheels from the prior one-piece wheels. Air Conditioning was now a standard option on the 512M, the interior saw little upgrades such as drilled peddles and a chrome shift knob.

This example is a 3-owner example. The second owner (Ferrari Collector Mike Amalfitano) acquired the car in 2001 (per the CarFax and record) He owned the car through 2011 where it was sold through Bonhams Auction also documenting the mileage. Autosport Design handled the import for Mike in 2001 and Federalization of the car. The third owner acquired the car through Bonhams auction and exported the car to Denmark where it resided until our acquisition in 2022. The car is complete with its books and tools and is offered with a fresh full major engine out service.

This is an “Investment Grade” example and is a rare opportunity to own a piece of modern Ferrari history. This is a great addition to any new or seasoned Ferrari Collection.