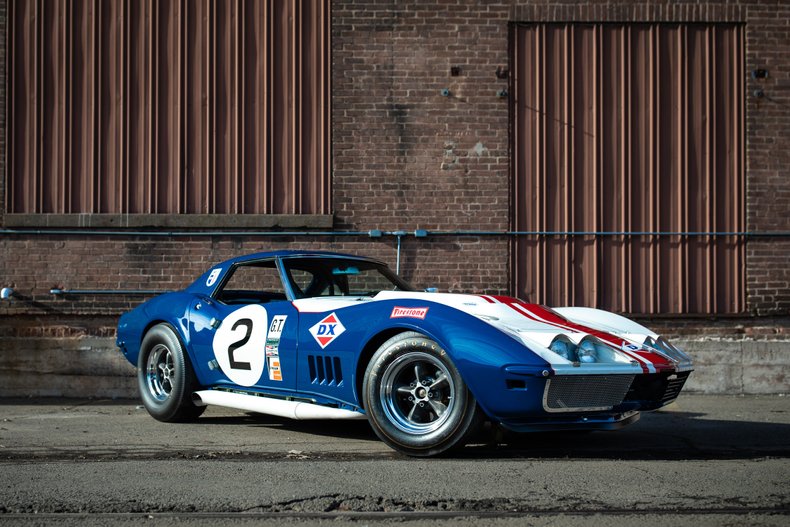 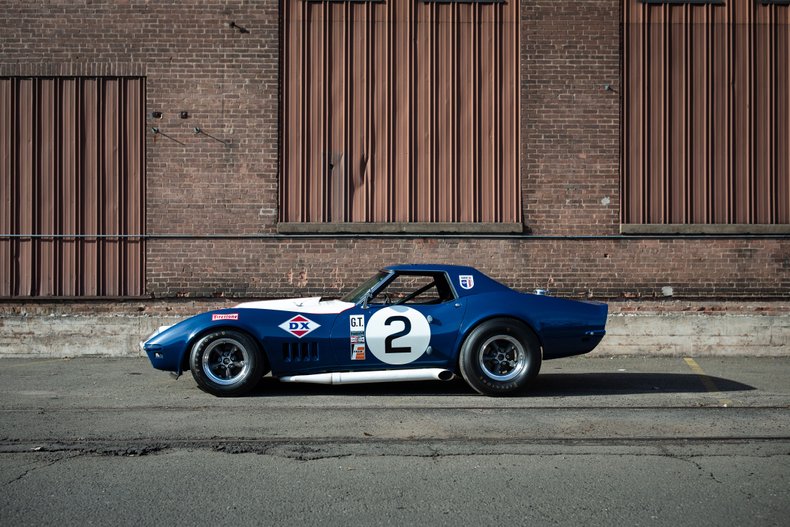 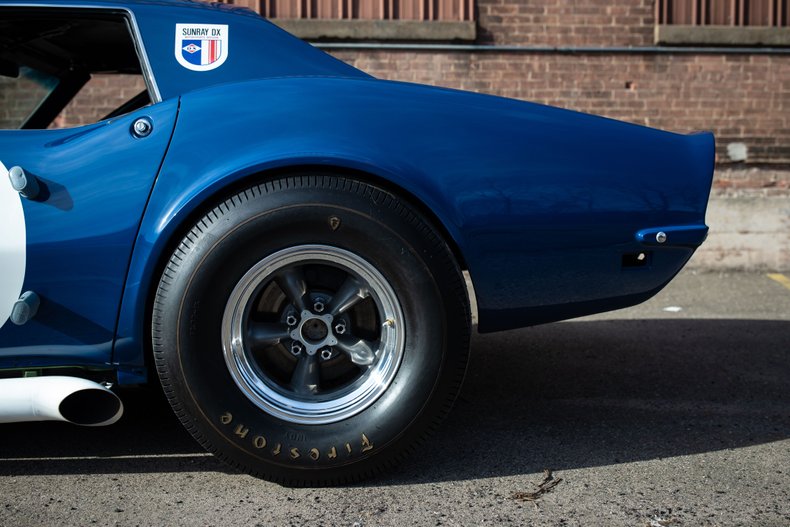 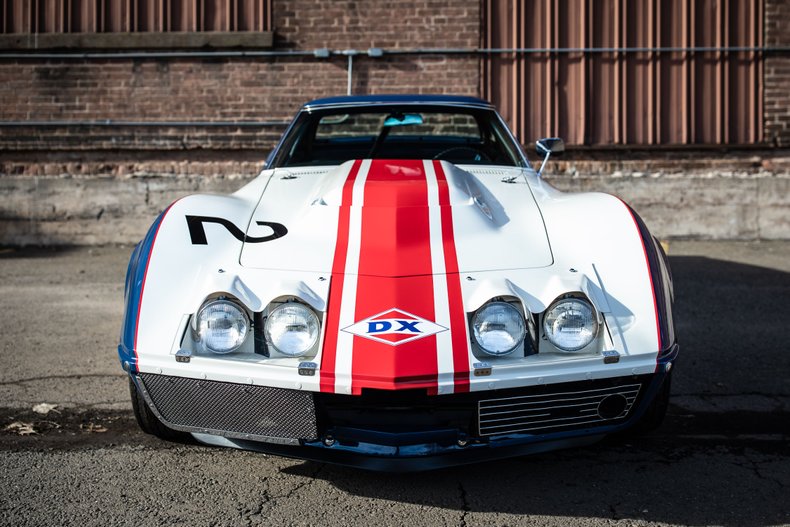 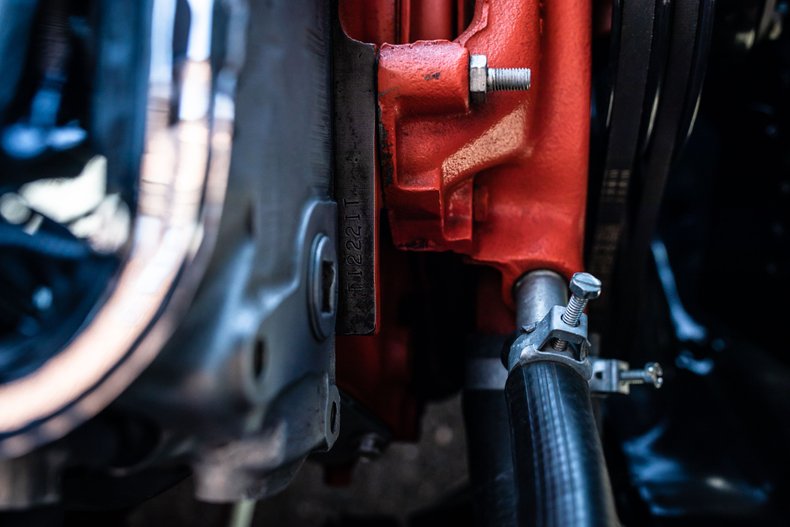 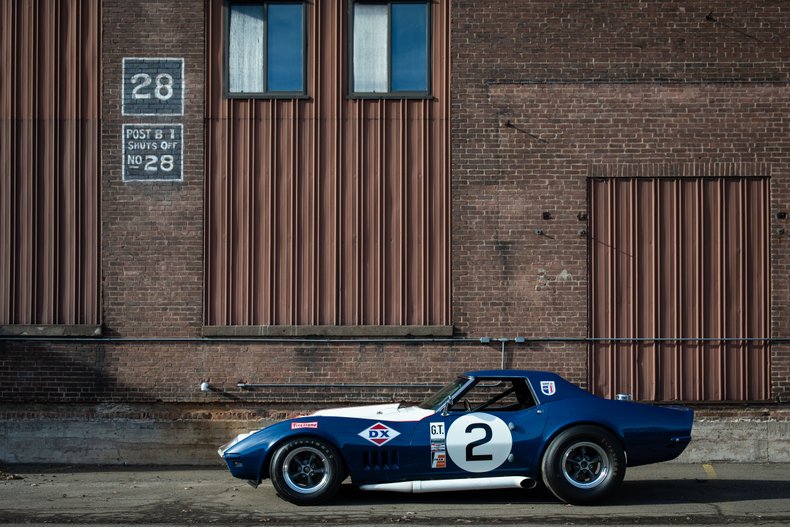 
Rooted in development work led since 1962 by Zora Arkus-Duntov, Chevrolet's head of Corvette engineering, the “Heavy-Duty 427” that eventually gained fame as RPO L-88 was first “field tested” with Roger Penske's Sunoco racing team at the 1966 Daytona 24 Hour Continental. When the smoke cleared, Penske's team broke the GT-class record, won class, and finished 11th overall, confirming the potency of Duntov's brainchild and immediately conferring an outstanding competition pedigree on the L-88. Next, at Sebring, one of Penske's L-88s led class from start to finish and came 9th overall – the best-ever Corvette finish until then.

Next, the newly restyled C3 Corvettes were intended – in L-88 tune – to race at Daytona and Sebring in early 1968. However, the FIA-mandated 500-car production numbers of the new car could not be achieved by Chevrolet within the August-November 1967 time frame. It was not until November '67 when James Garner's high-profile American International Racing (A.I.R.) team received the first three C3 L-88 cars from Chevy. While only two of them ran at Daytona, one retiring early and the other finishing 29th, all three of Don Yenko's Sunray-DX team cars swept the GT-class podium, cementing the L-88 legend. Race-numbered 29 and co-driven by Yenko and Peter Revson, this L-88-powered 1968 Corvette finished second in class at Daytona between the class-winning Grant/Morgan Number 31 '67 L-88 and DeLorenzo/Thompson in the Number 30 '68 car.

A word about Sunray-DX racing is required. For a brief but brilliant period during the late 1960s, Tulsa, Oklahoma's Sunray-DX petroleum company fielded one of America's best and most successful racing teams and one that brought its products and the L-88 Corvette to international prominence. Starting in 1965, Ralph Morrison Jr., public relations supervisor at Sunray-DX, organized a promotional campaign involving auto racing to market their products. Morrison approached Canonsburg, Pennsylvania Chevy dealer Don Yenko, the successful road-racer who enjoyed a special relationship with GM and chief Corvette engineer Zora Arkus-Duntov, to launch the project. In just 16 months, Sunray-DX cars raced with great success at the pinnacle of 1960s motor racing at Daytona, Sebring, Watkins Glen, Riverside, and in SCCA competition.

Known as the “showroom” car to L-88 authors and historians, this particular L-88 Corvette was built up for racing when new by Don Yenko, since the factory L-88 car he ordered would not arrive in time for the 1968 Daytona 24-Hour race, so he plucked a Rally Red L-71 427/435 street hardtop convertible off his showroom floor to transform into a screaming L-88 racer. Following the Yenko/Sunray-DX 1-2-3 triumph at Daytona and this car's second-place class podium there, Yenko teamed up for the Sebring 12 Hours in this car, renumbered 2, with Pedro Rodriguez in the rising star's one and only ride in a Corvette. While the L-88s suffered suspension issues and rear-end failures, including this car, which was forced to retire on Lap 43, Yenko and Rodriguez set a blistering new GT-class lap record with it. This car was also registered as one of two anticipated Sunray-DX entries for the 1968 24 Hours of Le Mans, but political unrest in France and rescheduling of the race from June to September frustrated this effort. Finally, the buyout of Sunray-DX by Sunoco closed the final chapter of this highly successful American racing team.

Next, Don Yenko campaigned this Corvette as his personal racer up and down the East Coast and Midwest and it carried him to the SCCA Midwest Division Title in 1968. This car was subsequently sold by Sunoco to Robert Luebbe of New York, an SCCA racer. Detailed correspondence regarding the sale of this car and a supply of spare parts from Sunoco to Luebbe is on file, dated late 1970. The Corvette remained in its 1970s racing configuration until the early 2000s when it was purchased from Frank Joyce, who campaigned the car in the '70s and '80s. The car remained in his livery until it was purchased by its current avid Corvette collectors, and then during 2008, it was restored to its “Number 2” Sebring 1968 glory by respected expert Kevin MacKay at Corvette Repair of Valley Stream, New York. Following completion, the car has received the coveted NCRS American Heritage Award representing the Corvette racing legacy, which involves verification that this is the car and chassis number that raced in period. Not surprisingly, the original team members verified the car as well. Other recognition includes induction into the Bloomington Gold® Special Collection. As expected, this famous L-88 Corvette is very well-documented with a thick binder containing full ownership history, the NCRS Shipping Data Report, NCRS Award Verification Letter, and all original paperwork from new, including Sunray-DX correspondence, making this car one of the most historically significant and well-verified of all C3 Corvette racecars in existence and available. Truly a once-in-a-generation opportunity.