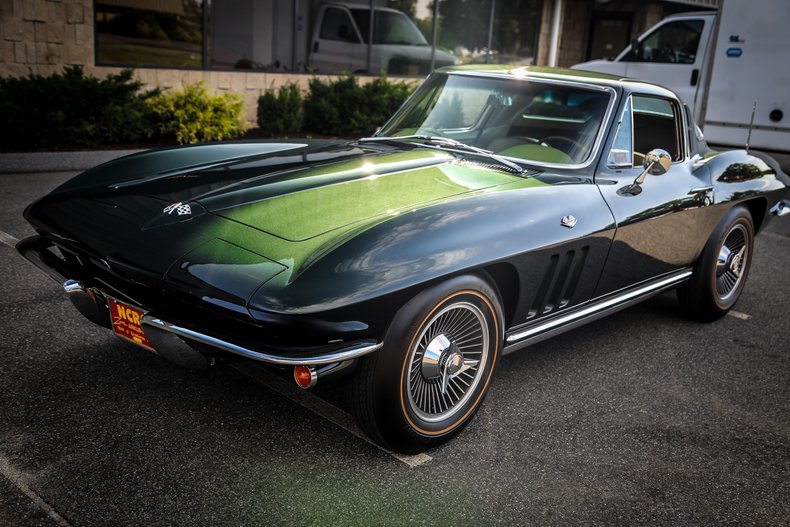 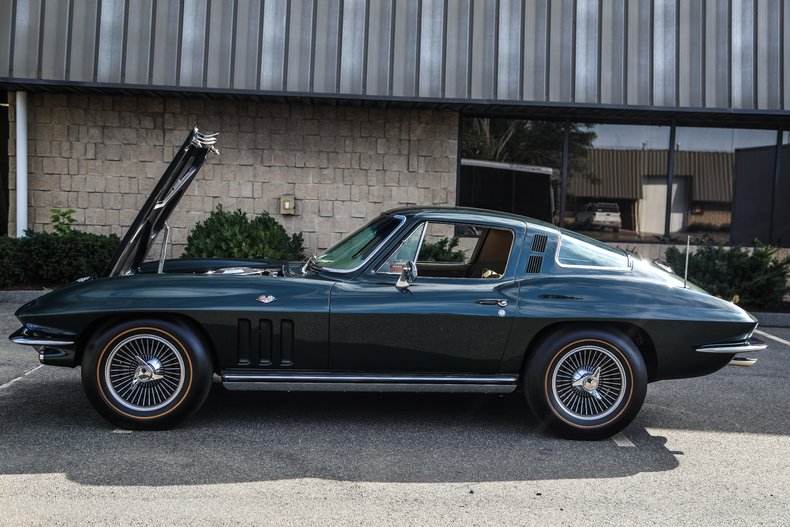 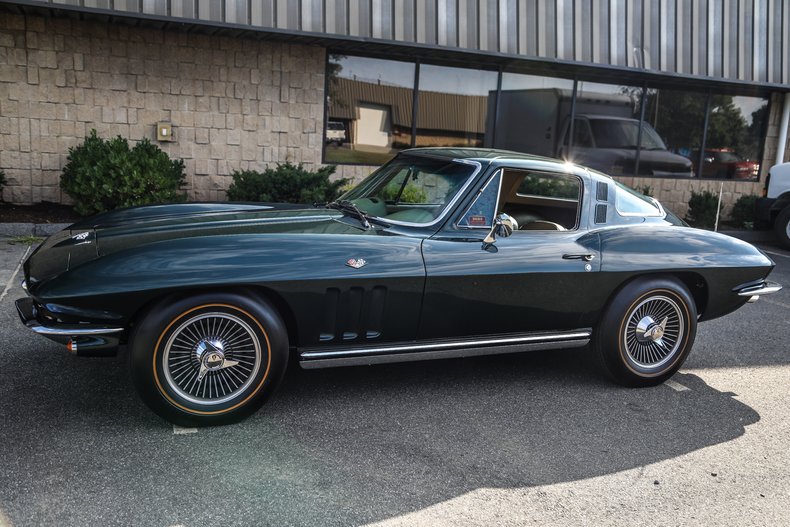 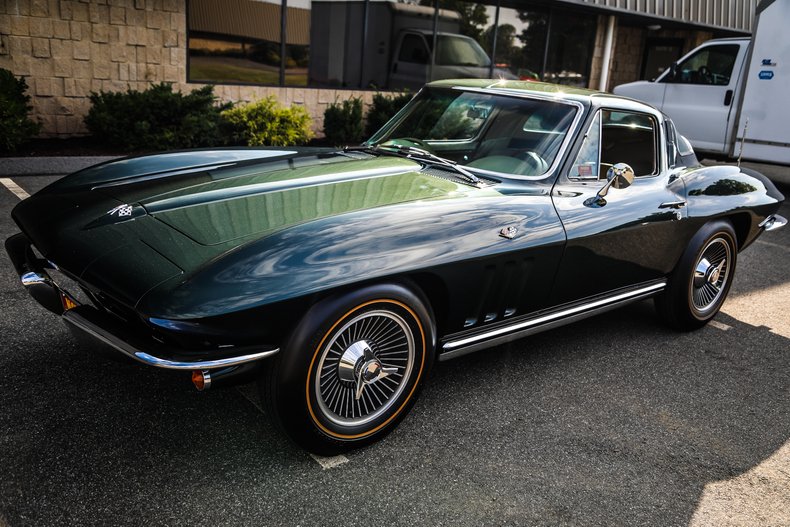 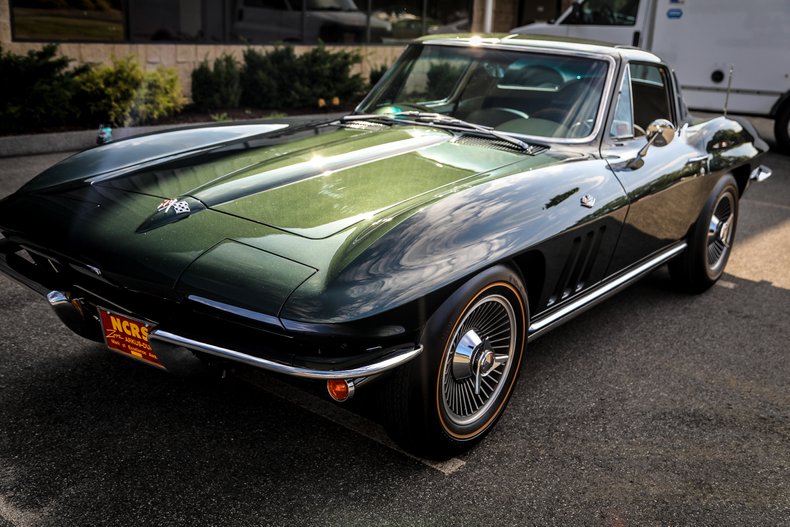 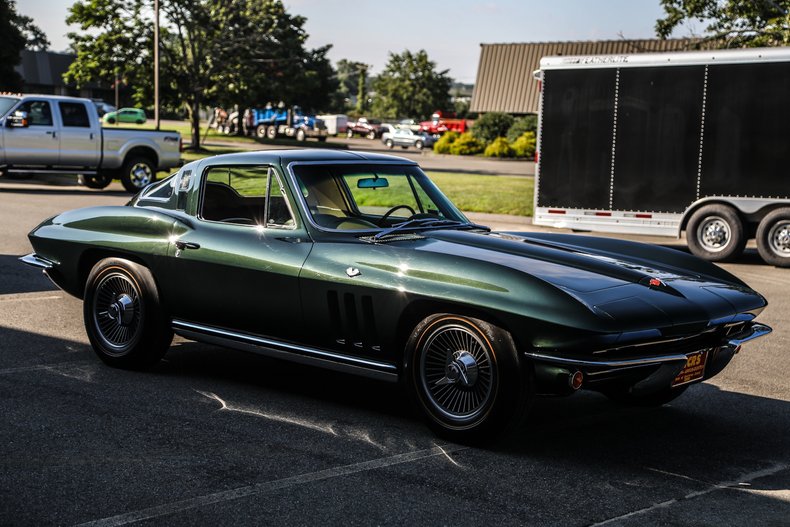 1965 “Big Tank” 327/365. Dressed in Glen Green of Saddle Interior. This “Tanker” is 1 of 41 Big Tank Cars produced in 1965. It is supported by it's Original-Born-With Factory “Matching-Numbers” motor and driveline as certified by CCAS-Al Grenning and its many judging credentials. This 65' Big Tank was purchased new in Colorado Springs, CO at Daniels Motors by John Neal. The car was discovered in 2006 by a large collector, after sitting for 35 years and a complete frame-off restoration was performed. After its restoration was performed, this car went on the campaign trail and earned all of the top-awards, multiple NCRS Top Flight Awards, Performance Verification (where all of the operations are checked and then a road test is performed), it then went on to earn the coveted NCRS Duntov “Mark of Excellence Award”. It has earned two-Bloomington Gold Awards and is a Triple Diamond Winner. After being sold to its current collectors in 2014, the car was sent to Corvette Repair where the car was treated to a refresh. After this re-freshening the car was invited to the 50th Anniversary of the 65' for the Bloomington Gold Special Collection and also to the Hilton Head Concours to recognize the 50th Anniversary. In 2016, the car earned another Bloomington Gold.

It has all of the options to make it “Investment Grade” and all of the awards and certifications to back it up.